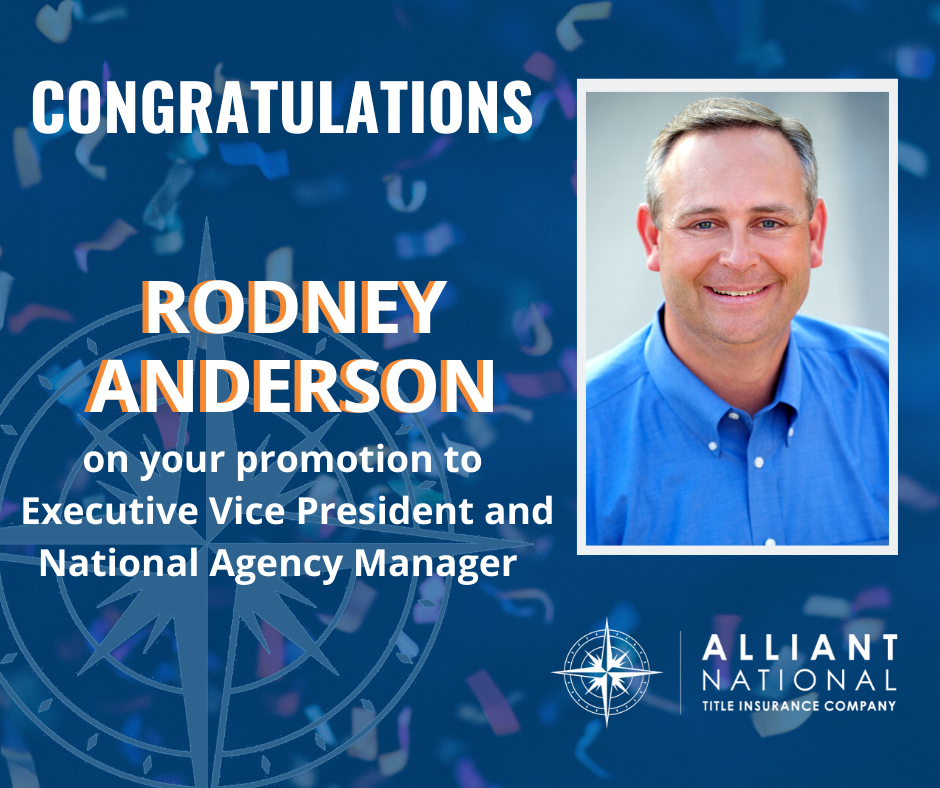 Written by Cathie Beck on February 21, 2020. Posted in Press

Anderson brings over 30 years’ experience in agency operations and leadership

Anderson will be a member of the senior Executive Leadership Team working to aggressively expand Alliant National’s footprint. “I am honored that our CEO and ownership group, Presidio Partners, has placed their trust in me with such a key role within Alliant National,” says Anderson. “Throughout my career I have worked to support the independent agent, and I look very forward to working with the agency team assembled at Alliant National to help independent agents across the country.”

Anderson is a seasoned real estate and title insurance industry expert with over thirty years’ experience in agency operations as the current Southwest Regional Manager for Alliant National, former co-owner of an independent title agency, and agency operations manager for a national independent agency. In addition, Mr. Anderson served three full terms as a State Representative in the Texas Legislature.

“It is not often one gets the opportunity to work side by side with an industry professional of Rodney’s caliber,” says David Sinclair, Alliant National president and CEO.

“His unique experience combined with his passion for independent agents makes him the perfect person to lead our agency team, particularly at this juncture of accelerated company growth.”