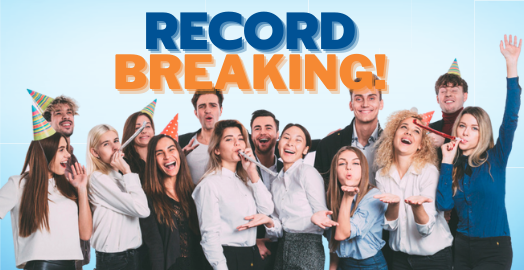 Written by Adam Mohrbacher on April 13, 2022. Posted in Uncategorized

The transaction is the largest in Alliant National history and demonstrates the underwriter’s commitment to partnering with its agents in the commercial sector.

With its growing national presence across 30 states and the District of Columbia, Alliant National is a well-known residential underwriter. However, it is also a force to be reckoned with in the commercial real estate field. It recently insured a $182 million refinance transaction with Chambers County Abstract of Anahuac, Texas. The transaction was a record breaker for both Alliant National and Chambers County Abstract.

“We were in absolute disbelief,” said Chambers County Abstract examiner Darla Chandler Lastovica, commenting on the size of the transaction. “We didn’t believe it was real until it was all said and done.” Lastovica helped lead the title work on the property.

“Alliant National has insured many commercial properties throughout its history,” said KC West, Senior Vice President and Southwest Regional Manager at Alliant National. “However, we’ve never tackled a property of this size and scope before. While it was a major lift, it was exciting to work on insuring such a large tract of land and to work closely with our partners at Chambers County Abstract.”

The transaction covering the sprawling 550 acre-property in Baytown, Texas, was completed on behalf of Ohio-based JSW Steel. The company is gearing up to renovate its pipe and plate steel mill facility on the site. Chambers County Abstract has a long relationship with JSW Steel, having produced title reports for the company’s law firm since 2014.

This particular transaction dates back to 2019, when JSW Steel opened a $10 million file with Chambers County Abstract. After title was opened, the order sat idle for more than a year until one of JSW’s lawyers informed the office that the transaction had ballooned in size to $182 million.

Aside from its sheer size, the transaction was enormously challenging in other ways. First, it had a complex legal description that included myriad tracts and easements. Second, the description changed over the years, making it a substantial effort to determine what pertained to the property. Despite having completed prior title work, it took considerable effort to review legal descriptions and surveys, verify legal instruments and match these to the various tracts.

Chambers County Abstract, however, is a seasoned player in the commercial real estate market, having worked on many commercial properties, including expansive, multi-tract properties. Having a company well-versed in the process is helpful considering the additional challenges commercial properties can pose over residential. For instance, even single tract commercial transactions can contain more instruments, loans, and longer documents than residential transactions. Multi-tract properties are exponentially more complicated, featuring lengthy legal descriptions, multiple tracts to search and volumes of legal instruments to record.  Organizing all these components is “a work of art in its own right,” Lastovica said.

Integral to the success of any given commercial transaction is the role of the underwriter, which must make the final decisions as to whether the property can be insured. As Chambers County Abstract’s underwriter, Alliant National acts as a financial backstop if a title claim or issue were to arise. The relationship between title underwriter and title agent is crucial. Both parties must effectively work together to prevent financial loss. While important to every transaction, title insurance serves a unique role in a commercial context. There can often be multiple liens against commercial properties, so having proper insurance in place is critical to the lender getting an expected lien priority.

Alliant National’s guiding principal is to partner with agents and never compete. In its work with Chambers County Abstract, one can see the powerful and profitable logic in such an approach – for both residential and commercial properties.