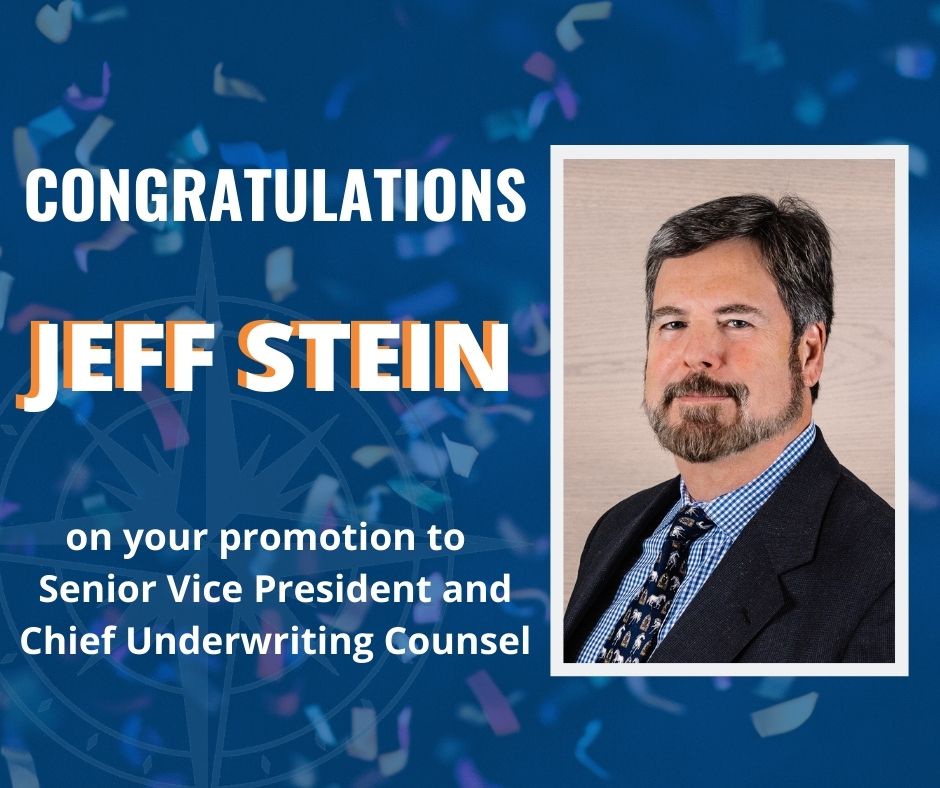 Jeff is a highly skilled attorney who has been representing individuals and organizations in the real estate field for more than 40 years. He has extensive experience in title insurance and real estate litigation, as well as claims, underwriting, contracts and estate planning. Jeff is board certified in real estate law by the Florida Bar and is a Florida civil law notary.

In his new role with Alliant National, Jeff will continue leading the company’s legal team in Florida and the Southeast, while also supporting the entirety of Alliant National’s underwriting operations throughout the country.

“I am excited to have been given the opportunity to work with our entire legal team,” says Stein. “I look forward to continuing and expanding the amazing partnership that exists between our agents and Alliant National on a national basis.”

“Jeff has always been an integral part of our Alliant National legal team,” says Margaret Cook, Executive Vice President, General Counsel and Chief Legal Officer. “He brings his deep understanding of the industry, vast knowledge of real estate law, natural leadership ability and affinity for relationship building to this new role. Jeff’s experience and skill set will enhance Alliant National’s underwriting capabilities as we continue to expand and partner with independent agents across the country.”

“Our underwriters are a key part of what makes Alliant National a great organization,” says David Sinclair, President and CEO of Alliant National. “Having a legal professional of Jeff’s caliber in this critical leadership position will be hugely beneficial for Alliant National’s continued success.”