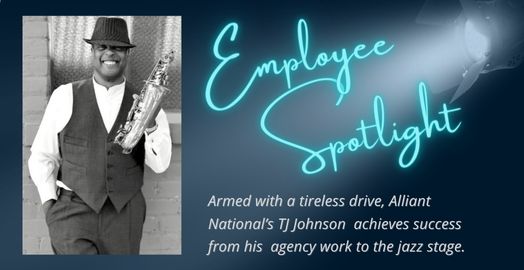 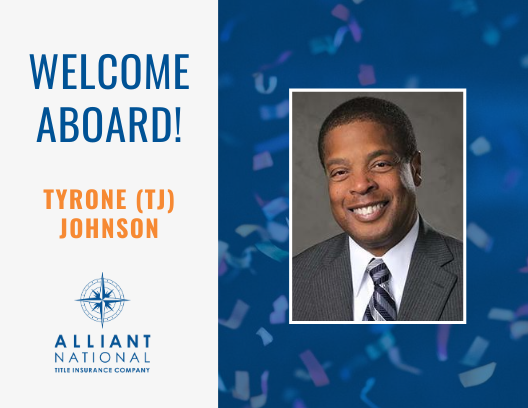 Written by Cathie Beck on August 4, 2020. Posted in Press

Johnson brings more than 20 years of experience to Alliant National. In his past work, he was a State Agency Manager for the Southwest & Mid-West Region at Attorneys Title Guaranty Fund. Prior to that, he served as State Agency Manager for the Mountain West Region at North American Title Insurance Company. He began his career in September 1999 as a Vice President of Operations at Bell Title Company in Lansing, Mich.

His 20 plus years of experience in the title insurance industry will be very helpful in Johnson’s new responsibilities at Alliant National. Those duties include the service and management of existing agent base; growing the agency network; and consulting with agents to provide education, marketing, sales and strategic growth support. He will also represent Alliant National at industry events.

“I am drawn to Alliant National because I believe the company’s culture and mission statement align with my approach to doing business,” says Johnson. “I look forward to developing relationships and building partnerships with our agents that are mutually beneficial, promoting growth and strengthening brand awareness. Alliant National is the right fit at the right point in my career. Alliant National is a trusted name in the industry, and the company provides the tools that allow me to serve and support agents throughout my territory.”

“We are excited to have TJ join the Alliant National team,” says Manoj Purohit,Senior Vice President and Central-West Regional Manager. “His knowledge and experience as an industry veteran, combined with his commitment of providing exceptional service to his agents is a perfect combination. TJ’s commitment will ensure the growth and success of our current agents while expediting the expansion of our agency base in the Western states.”