Embracing What If: When wire fraud happens

Written by Nathan Marinchick on August 9, 2018. Posted in Education

Really, that statement is about getting us to seriously consider the “what if.” For instance, “what if I suffered a data breach;” or, “what if, despite my best efforts, a criminal somehow managed to divert a wire to a fraudulent account?” Thinking about the “what if” is uncomfortable, particularly when it comes to wire fraud. We spend most of our time and effort figuring out how to avoid the “what if” scenario. The thing is, when it comes to attempted wire fraud, experience tells us that title agents who’ve spent time planning for “what if” are the ones who tend to get the money back. 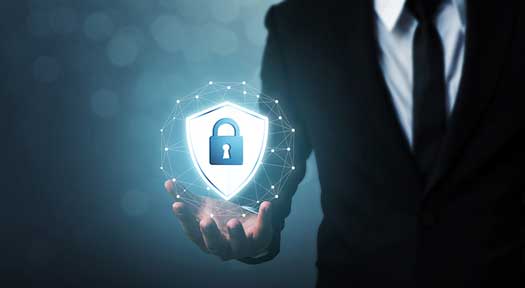 Written by Nathan Marinchick on February 22, 2018. Posted in Education

The title and settlement industry is blessed with great people, and that makes sense because our industry is built on being helpful.

We all want a smooth, efficient transaction for everyone involved. Unfortunately, our desire to be helpful and to keep things moving makes us a prime target for wire fraud.

So, how careful do we need to be when verifying the legitimacy of an email or even an incoming phone call?

Fraudsters know about us. They know how busy we can be, and they know how to prey on our traits to overcome our data and escrow security training.

They aren’t just looking to trick us. They aren’t practical jokers. They are truly insidious “social engineers.”

Written by Nathan Marinchick on January 25, 2018. Posted in Education

Several months ago, title agents across the country observed an uptick in attempted escrow fraud. In many cases, fraudsters posed as other participants in the transaction and attempted to trick agents into wiring funds to fraudulent accounts. The vast bulk of these escrow fraud attempts involved bogus emails. The stories and dollar losses were startling, and the industry responded. Alliant National produced a comprehensive alert for its agents discussing the threat. The American Land Title Association (ALTA), Consumer Financial Protection Bureau, Federal Trade Commission and others issued various alerts for consumers. Since then, many agents have implemented policies around verification of wire instructions, and some have established retrieval plans in case a wire is diverted. Agents also have started discussing email and escrow security with consumers and real estate agents. The escrow fraud stories seemed to have quieted down a little recently. So, have we “whacked the mole” when it comes to escrow fraud? Probably not. The reason is simple. Escrow fraud is still a low-risk and high-reward strategy, particularly for criminals overseas. During a recent data security hearing before the U.S. House Financial Institutions Subcommittee, Daniel Mennenoh, ALTA’s immediate past president, noted that the average wire fraud loss is just under $130,000. On the other hand, the average successful bank robbery nets just $3,800. For a fraudster, the choice between holding up a bank and raking in 30 times as much money while sitting in front of your computer in your jammies seems pretty clear. Email-involved escrow fraud is part of a larger fraud threat targeting businesses of all sizes and the general public. The FBI refers to this threat as Business Email Compromise/Email Account Compromise (BEC/EAC). According to the FBI’s Internet Crime Complaint Center (IC3), BEC/EAC scams have been reported by businesses and victims in all 50 states and in 131 countries. IC3 data indicates fraudsters stole or attempted to steal more than $1.59 billion from roughly 22,000 U.S. victims between October 2013 and December 2016. Fraudulent transfers have been sent to 103 countries with the majority going to Asian banks located in China and Hong Kong. IC3 saw a 480% increase in the number of complaints in 2016 filed by title companies that were the primary targets of BEC/EAC scams. Those are big numbers, and they remind us that this problem isn’t going away. Fraudsters are going to keep trying to think up ways to get us to ignore our training and wire out money to fraudulent accounts, so we must remain vigilant in that regard. However, the escrow fraud “mole” is already rearing his ugly little head someplace else. Fraudsters are coming directly after consumers, and that’s a very difficult “mole hole” to guard. Staying on top of the escrow fraud threat isn’t going to be easy, but we in the title and settlement industry are uniquely positioned to help consumers and others keep escrow funds secure. Alliant National recently produced a white paper as part of our ongoing effort to inform agents about the threats we all face. The paper also provides real-life tips and strategies for preventing, detecting, and responding to BEC/EAC escrow fraud. I’ll be back next week with a post exploring some of the most common types of escrow fraud schemes. Until then, feel free to download our white paper, and let’s all whack that mole! ]]>

FRAUD WATCH: What is the business email compromise?

Written by Guest on September 18, 2017. Posted in Education

Wire fraud attempts are very common in the title industry. A typical wire fraud scheme, encountered by some of our agents, is known as a business email compromise (“BEC”). In this scheme, the fraudster has hacked into a party’s email account. The fraudster then lies in wait, they read the outgoing and incoming emails waiting for a sales transaction to occur.

Wire fraud: How to protect yourself

The title insurance business has been, and continues to be, a target of increasing attempts at wire fraud. The most common method used by cyber thieves is “Phishing.” Phishing is the fraudulent practice of sending emails purporting to be from reputable companies or individuals. The intent is to trick or deceive individuals to reveal personal information, such as passwords and credit card numbers or re-route and steal funds, as is the case with wire fraud.